Down to Earth by Edward Kellogg 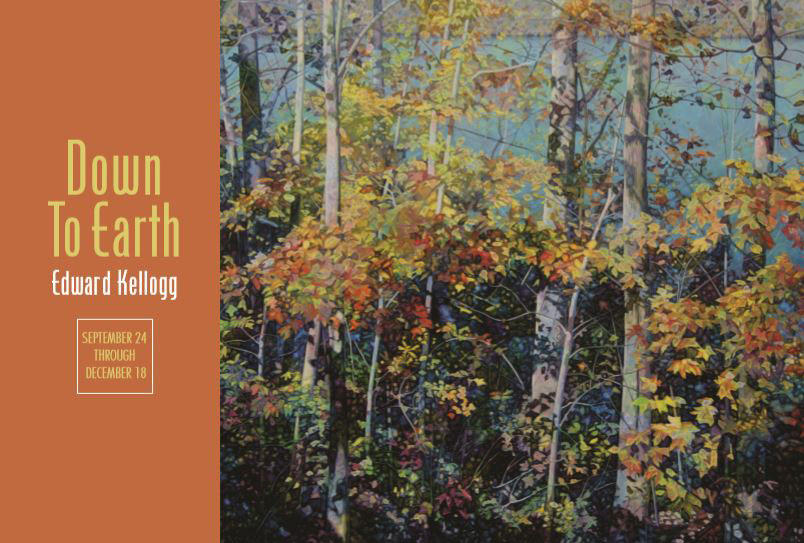 Born in Pennsylvania in 1944, Kellogg developed his early artistic interests by studying at the Philadelphia Art Institute.  His education included a focus on painting three years at Wheaton College in Illinois, after which he transferred to San Diego State University receiving a BA in art in 1966 and an MA in painting and printmaking in 1968.  Having been influenced by the painterly abstract art of this century, he works the surface building up layers of bright color over which his representational landscapes evolve. He further studied under Dutch artist Henk Krijger in Toronto, Canada.  Kellogg has had over 45 solo exhibits in galleries and museums throughout the US as well as in Canada and the Netherlands.  His work has been exhibited in numerous group shows including an exhibit in the National Museum of American Art in Washington, DC. The recipient of numerous awards and honors, he has works in over 100 private and corporate collections.  He continues to receive significant large-scale commissions from corporate America.

“In my view the surface of painting is to be affirmed and enriched because it is a painting.  The subjects of scenes that I choose to paint determine whether the surface is an active or a passive one.  Frequently I attempt to create sharp contrasts between these qualities, for example, when I combine landforms with a body of still water.  As a painter of the landscape I like to think of the source of the materials used as from the earth and the painting process as one of transforming those materials into images of that earth.  My art hints at, or suggests quietly, my ideas about the places and things I represent, as opposed to lecturing to the viewer.  I would wish that the dominant impression left on the viewer would be the wonder of the creation.”