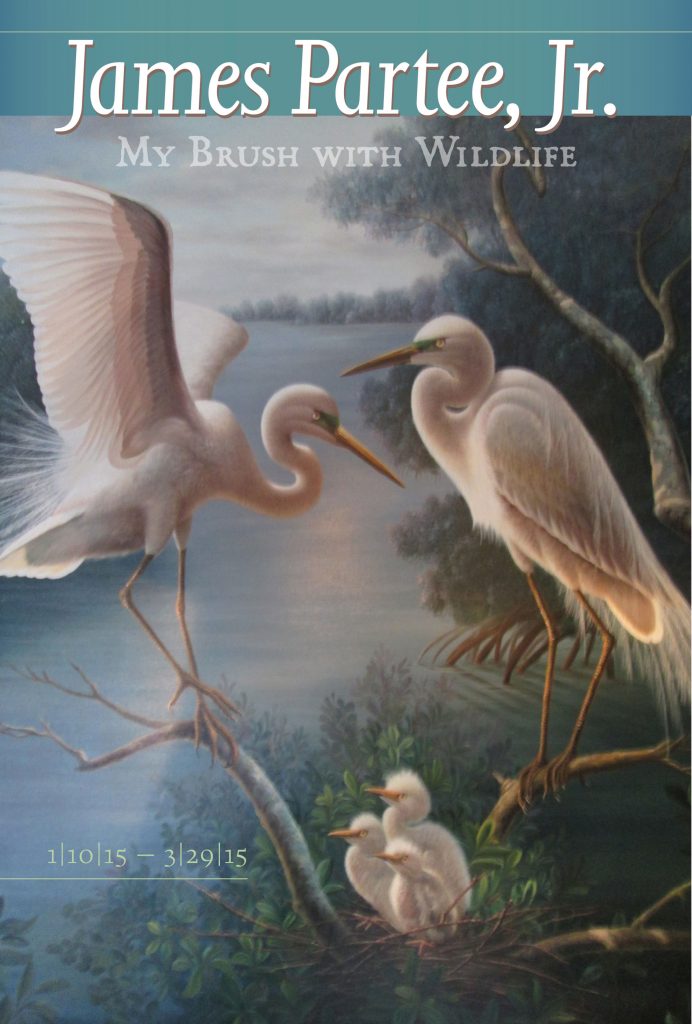 James Partee, Jr. was born in southwest Georgia in the historic and rural town of Bainbridge where his “early brushes with wildlife” occurred amongst the native Georgia outdoor habitat.  Partee’s talent and creative abilities were recognized at a very young age, and though totally self-taught, his skills were ever sharpened and perfected while observing, sketching and painting in and around his home place.  Partee places much emphasis on and credit for his success to the love and direction given by his late father James Partee, Sr. who was a talented artist in his own right.  Partee says, “My dad was always there urging me on with my wildlife art career…anything I became interested in, he immediately got involved and helped with my hobbies and creative interests.”  Partee’s extraordinary artistic career as a contributing artist in wildlife conservation and humanitarian charities spans some four decades and includes organizations such as Ducks Unlimited.

Partee paints with a palette of profuse color, emphasizing lighting and detail with warm and cool colors in mediums of watercolor, oil and acrylic.  He creates using brush strokes and palette knife, bringing his subjects to life with a distinctive “Partee flair” that is recognizable throughout his vast body of work.  Partee’s honors, awards and commendations exceed more than 68 local, state and national awards, his appearance in many sport-shooting and outdoor television shows, and his paintings featured on the covers of countless magazines and periodicals. The works of Partee are housed in many of America’s most prestigious, private and corporate art collections and museums. It has been said that “perhaps no other modern day wildlife artist has contributed more to the cause of conservation than James Partee, Jr.”  Through his efforts and artistic talents, an excess of 11 million dollars has been raised to date for the conservation of wildlife.  In 2012 Partee’s list of honors was trumped when Her Majesty, Queen Elizabeth II, commissioned him, through the introduction of Graham Browne, to paint her prized racehorse Carlton House.  She proclaimed Partee as an “Artist For The Queen” in celebration of her Diamond Jubilee – Sixty Years on the Throne.  Partee is honored that his painting is now a part of the Queen’s private royal art collection. Partee recognizes the invaluable support of his family in making his career what it is today and he truly feels that God gave him the talent to produce these works of art for a special reason.  Through his art, Partee wishes to communicate with his viewers by creating something that brings back a fond memory or moment in their lives.  This is where Partee finds real joy in painting.  The famed wildlife artist, Maynard Reece, once told him, “Son, always remember to paint the subject and its surroundings much prettier than they actually are!”  This standard holds true for his depiction of various flora, fauna and through his intimate detail of wildlife.