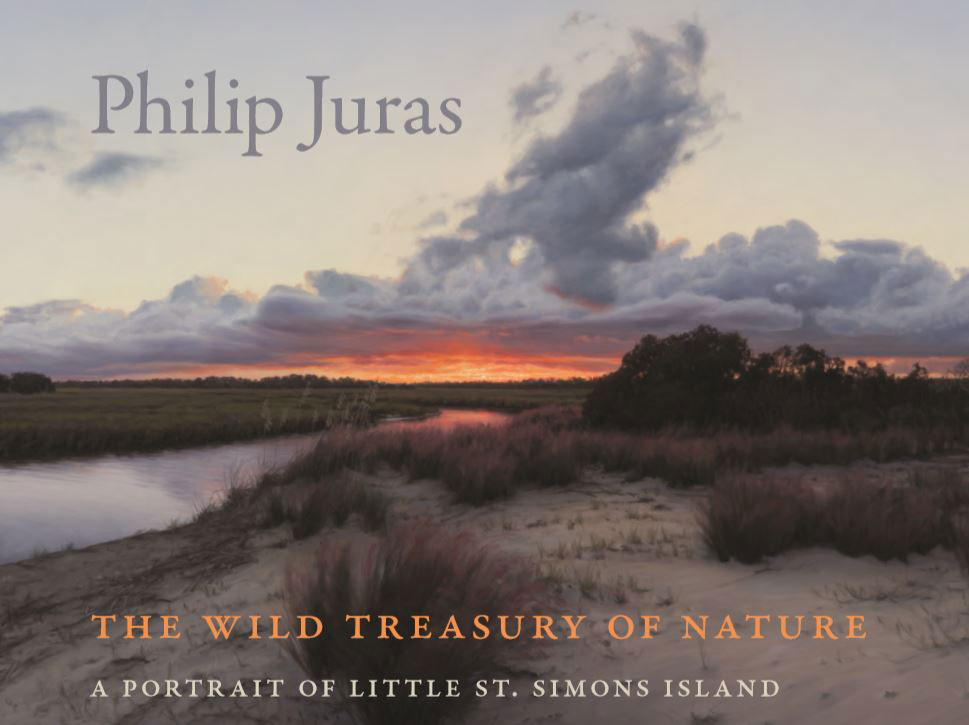 Philip Juras, born in 1976, is a native of Augusta, Georgia, and currently works and lives in Athens, Georgia.  He received an undergraduate degree in painting and drawing from the University of Georgia in 1990 and a master’s degree in landscape architecture in 1997.  His MLA thesis examined the pre-settlement savannas that once flourished across the southeastern Piedmont, a topic he would later expand on in his 2011 exhibition and award winning book, The Southern Frontier: Landscapes Inspired by Bartram’s Travels.

The Wild Treasury of Nature continues Juras’s exploration of the pre-settlement South and invites the viewer to experience the wild, unbridled nature of Little St. Simons, a private, undeveloped barrier island on the Georgia coast.  Informed by extensive research and many hours spent on site, the 52 paintings and accompanying catalog celebrate the ecological, cultural, and aesthetic richness of Little St. Simons in particular and Georgia’s coast in general.

“Whether in the timespan of a tidal change or thousands of years, on Earth few environments are more dynamic than where the land meets sea.  At this intersection, resilience and adaptation are essential to the survival of all living beings, including humans.  Considered a footnote for most of Georgia’s coastal history, the landscapes of Little St. Simons Island are celebrated now for their ability to call forth our ecological and cultural memory as it has unfolded over millennia.  Through his landscape paintings, Philip Juras leads us into this island’s story.  He shows us the relics marking the island’s creation at the mouth of the Altamaha River and beckons us to scan vistas hardly changed since people first viewed them.  The ecological diversity revealed in his paintings exists not in the absence of humans or in spite of humans.  Rather it exists because of human choices that each generation made regarding their relationship with this small island.  Understanding the interplay of Little St. Simons’ habitats and history can frame how we understand and value Georgia’s coastal heritage.” –An Island at the Edge of Time by Dorinda G. Dallmeyer